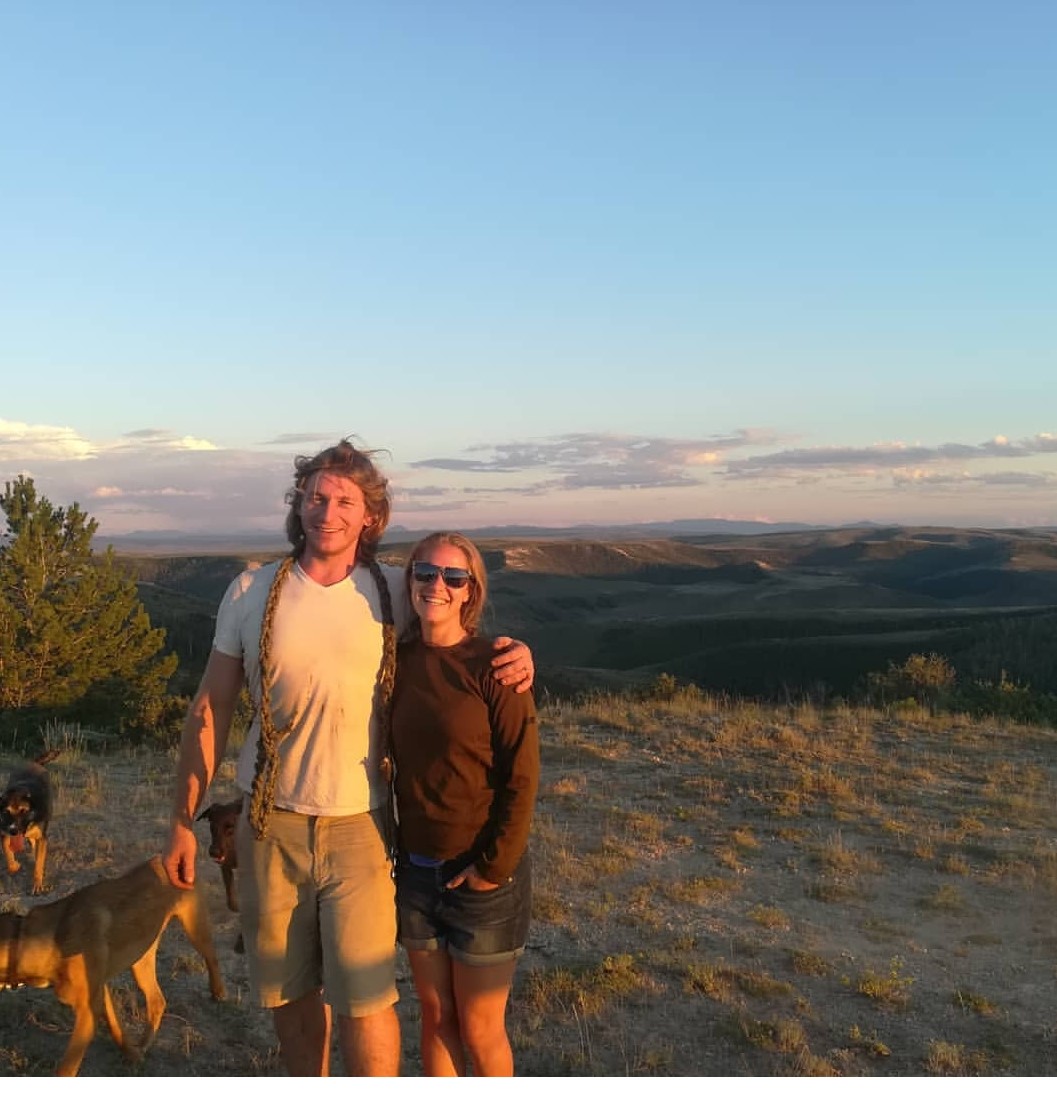 Ever wonder how to you tell your husband that you’re dreaming about taking off life for five months to solo hike the east coast of the United States?

The answer is you don’t. You certainly don’t respond to his nonchalant answer of ‘maybe’ by starting research and creating a timeline. You definitely should NOT buy the trail maps three days later. And under no circumstances should you beg your grandmother for hiking socks and Bill Bryson’s book for Chanuka or suggest that you might also borrow your husband’s two favorite dogs for company on this adventure.

To summarize briefly; I have absolutely no tact, and a very very patient husband.

Have you ever read that poem about ‘dreams differed’ by Langston Hughes? I read it in high school and those short eleven lines stuck. In fact, they resonated with me so much that that year for my creative writing class I wrote a spin off of Hughe’s poem and performed it in sign language in front of the class (yes, I’m a nerd). Clearly those words continued to reverberate a decade later, because eventually my dream differed exploded…

The past three years have been a little weird. I finished school, married and then uprooted my life and flew halfway around the world. I found myself, friendless in a place I had never lived and for the first time outside of a structured system. You see, throughout my life there had always been these large goals, that had been predetermined for me as bench marks of success. Graduate from High School with good grades? Check. Graduate from College? Check. Interview and secure a rewarding post college job? Check & Check. And yes, of course I had been part of shaping my own destiny. I had traveled the world, moved countries, enlisted in the army. I had made brave decisions and stupid ones. But nonetheless there was always a larger picture.

For two years, my job is what sustained me. I love what I do, and found my work engaging and fulfilling. I worked long hours and nights, and I was satisfied…enough. But I lacked a sense of direction or permanency. I wanted, no needed, to have a bigger goal. To feel like I was working towards something larger.

When you hike you always have a direction. There is a clear start and end point, a place you came from and a place you are heading towards. There is little room in this contained world for confusion or doubt, because the answer when hiking, always lies directly in front of you.

This year I started thinking about what following my passions would look like and what it would mean to chase those answers. For a while I toyed with ideas. I thought about going back to school part time, I considered recommitting to photography, I even briefly thought about writing a book. And in the meanwhile I hiked, knowing and taking comfort in the idea that at least one answer would lie there on the path ahead.

Hiking the Appalachian had always been an idea, but now as I hiked and searched, it came bubbling to the surface. I kept forcing it down, because it was impossible. Because it was inconvenient. Because Jeremy wasn’t a hiker and it would strain our relationship. And then, you guessed it, this idea, this dream that I had always assumed unattainable, exploded.

The first time I convinced Jeremy to backpack with me within the first few hours he had hurled his backpack down a hill. And granted, it was over 90 degrees, and he has a bad back injury and there was no shade, but I was so disappointed that he didn’t find the same things in hiking that I did.

That was over five years ago and over the years we have covered many trails together. We have hitchhiked across countries and camped out underneath desert stars. And yes, we have even backpacked a few more times together (and launched a few more backpacks).

But relationships take compromise and somewhere I had convinced myself that dreams had to compromise too. I don’t want to be the kind of person who sacrifices goals and aspirations for the sake of my relationship. And I know Jeremy doesn’t either.

Have you done a solo trip while in a committed relationship? Did it make your relationship stronger? Weaken it? How did you keep the spark alive, and make your significant other feel valued, even when you weren’t there? Would love to hear your thoughts!